Tattoo Scars: What Causes Scarring & How To Treat It

Most tattoos end up healing perfectly once completed, but there can sometimes, unfortunately, be problems and hiccups that arise concerning the appearance of your new ink – and tattoo scarring is one of them.

Read this article to understand exactly what tattoo scarring is, how it happens, and how you can attempt to treat and overcome any scarring that your tattoo may have developed.

What is Tattoo Scarring & How Does It Happen?

During the tattooing process, the needles used by your tattoo artist will penetrate your skin thousands of times a minute. Although these needles are extremely thin and delicate, over time they begin to create a very large wound in your skin, which is essentially all that a new tattoo is – a large open wound with ink inside of it.

When a professional and experienced artist tattoos you, they will do so as delicately as they can (although it won’t feel like it) to ensure the needles only penetrate as deep as required, and not any further into the lower areas of skin/tissue.

When the needles penetrate these outer layers of skin, the damage caused is very moderate (only slightly more substantial than a surface wound) which is why after a week or two, the wound begins to scab, peel and proceed to heal up nicely without any lasting tissue damage.

However, when a tattoo artist is overly heavy-handed, inexperienced or just careless, they can proceed to unknowingly press the needle into the deeper layers of more sensitive and delicate tissue. This is a common issue that arises when getting a scratcher tattoo.

When this happens, the damage done to the area of tissue ends up being much more substantial, and the chance of healing problems occurring becomes much greater.

One of these potential problems of an artist overworking a tattoo is scarring, which could possibly begin to form as your wound begins to attempt to heal itself.

A scar begins to develop when the tissue beneath the skin is damaged.  When skin is damaged superficially in the epidermis (top layer of skin), it can regenerate without forming a scar.

When the deeper dermis is injured, it cannot heal with the same material natural skin is composed of – instead, it heals with a scarring type of collagen that is thicker and immobile. If this is the case for you, then your body has begun repairing and replacing this tissue with alternative proteins called collagen.

However, this collagen will never look or act as perfectly as normal tissue, and therefore will usually be quite defined within the skin, either by being more raised/sunken than surrounding areas, or being a slightly different color (or both).

Unfortunately, once tissue has been damaged enough to scar, the scars themselves are never likely to completely go away – they will always be around within the tissue in some capacity, normally leading to a permanently scarred tattoo.

One thing to remember is that scars are not always caused by the fault of your artist – there are also a couple of other reasons why scars may end up forming on/over/under your new tattoo:

Sometimes even if the damage caused by the tattooing process wasn’t too bad, your body’s response to the wound can dictate how well it heals.

If you generally heal poorly from cuts and grazes, or suffer from certain medical conditions, you may not heal as well as required, and some scarring may appear within the tattoo as a result of this.  Some people scar more than others and no technique will modify this risk.

If you are prone to keloids or excessive scar formation, avoid getting a tattoo in an area of tension where it will be repeatedly stretched as this will increase the risk of scarring.

As your tattoo heals, a layer of scabbing will form over the area to protect it from harmful germs and bacteria while the skin below begins to regenerate.

Sometimes, this scabbing is quite thick and can be quite easy to get caught on things such as clothing and other materials.

If a scab gets pulled or ripped off prematurely, this can cause enough damage below the skin for scar tissue to form.

For this reason, you should do whatever you can to prevent the scabs from being pulled. And whatever you do, don’t pick at them – just let them fall off on their own when they are ready, no matter how unsightly they may be.

Due to the scabbing that forms over a new tattoo, the area can become dry and very itchy. Scratching your tattoo can rip these scabs off and leave behind small scars. Try not to scratch your tattoo at all, and instead, try some of these top tips to help stop tattoo itching.

When your tattoo becomes infected, it can lead to a whole host of problems, including scarring.

Infections can not only affect the appearance of your tattoo but can also cause damage to your general health if they become serious enough.

Because of this, you should get your tattoo checked out by a doctor as soon as you believe that it may have become infected.

How To Tell If Your tattoo Has Scarring

While your tattoo may have been damaged enough to scar during the tattooing process, it may take a little while to tell how much damage has actually been done.

Tattoo scars can actually take a week or two to visibly develop, and they generally tend to grow gradually.

As time passes, the body will continue to send more collagen to the area as well as a larger blood supply, which in turn can cause the tattoo scar to look bumpy, red/inflamed, and raised.

This scar tissue growth can continue for up to 3 months, at which point the scar will actually begin to settle down again once the blood supply has begun to go back to normal levels, allowing the scar tissue to fade slightly and lose its bumpy appearance and red/inflamed look.

Because of this, it may take you a few months to see the final extent of the damage and the amount of scar tissue left over once it begins to settle. In rare instances, keloids can develop on and around your tattoo. These are large, raised scars that usually become very prominent.

As your tattoo begins to heal for the first couple of weeks, the area is naturally quite red, inflamed, sore, and potentially swollen and bruised. This means that it can be rather difficult to differentiate between whether your tattoo is healing normally, or whether it contains some amount of scarring.

For this reason, you may be best to wait until your tattoo has completely healed before looking in detail to see if you have a permanently scarred tattoo.

When checking for scars on your new tattoo, there are a few common characteristics to look out for. Below are the most common physical attributes that are most often associated with tattoo scarring:

Due to the increased blood supply that scars normally receive as they are forming, the area can look quite red and inflamed for a few months.

As the scar finishes forming, the redness will usually subside and it will begin to look more like a pale pinkish color from then on.

When scars form due to heavy tattooing work by the artist, they will generally be along the areas wherever the needles caused the most damage to the tissue.

This is common on tattoo outlines as these are generally where the tattoos are at their darkest/boldest; therefore, the scarring can sometimes visibly look raised and puffy along whole lines of bordering.

Distortion Or Pitting Of The Skin

Tattoo scars are generally not always completely flat and uniform, and can sometimes make the tattoo look like it’s slightly distorted.

Instead of rising above the surface, some scars actually go inwards and make it look as though there is a small pit within the skin.

How To Treat A Scarred Tattoo

Unfortunately, once an area of tissue has scarred, the scars are generally there to stay forever, although their appearances can change, and many scars do significantly fade over time, though this can sometimes take many months or years.

Although success rates vary greatly when trying to improve the appearance of tattoo scars, below is a selection of things that you can try.

Bio Oil has been used as a scar reduction method by thousands of people worldwide, with many being extremely happy with the outcome after applying the oil for several months.

Bio-Oil is packed with vitamins that help the skin to regenerate new healthy collagen, and helps to increase elasticity and tone within the skin, allowing scars to look and become more visibly reduced.

Remember, though, that scar treatment is usually a slow process, and you need to be patient as it can take many months to visibly reduce the appearance of a scar.

If you have a raised scar, massaging this oil into the scar and attempting to break up some of the scar tissue is more beneficial than just slapping it on your skin.

Aloe Vera has been used for decades to help treat a variety of skin conditions, and many people have had great success at reducing the appearance of scars by rubbing parts of the Aloe Vera plant over them throughout the course of a few months.

While cutting, squeezing and rubbing a section of Aloe Vera plant over a tattoo scar can definitely help settle the area and improve scar appearance, bottled Aloe Vera gel is much easier and much more convenient to apply to a section of skin.

A personal recommendation is Amara Organics Aloe Vera Gel due to the generous bottle size, low price and soothing healing effects. Aloe Vera works best to help heal inflammation and to prevent scars rather than treat them once they have formed.  It may be nourishing for atrophic (indented) scars. 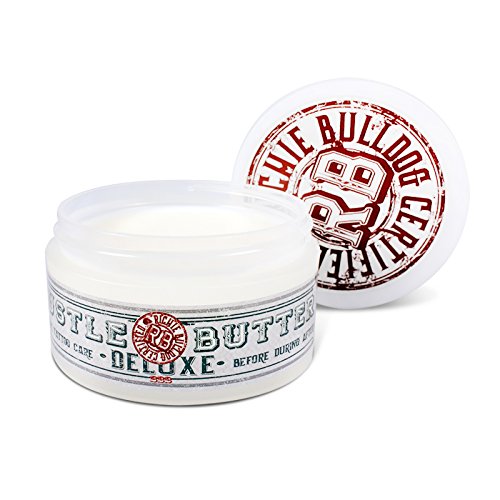 While a good moisturizing/tattooing lotion won’t reduce the size of the scar, it can rehydrate the skin and provide nutrition to the area, helping to settle a scar and allow it to blend in better with the surrounding skin.

The best tattoo lotion I’ve ever personally used is a vegan aftercare product called After Inked Tattoo Aftercare Lotion. This stuff works amazingly well during the healing process; not only by keeping your tattoo really well hydrated but also by soothing any annoying itching and irritation. When using it from the very start of the healing process, this lotion will help to decrease tattoo healing times and work towards eliminating any lingering dryness and scabbing.

Although it’s generally discouraged to tattoo over fresh scars that are still developing – once a scar is well-formed and settled down, it is definitely possible for a good artist to go over the skin again to try and re-color the area of scarring to better disguise it within the tattoo.

Sometimes as a last resort, and after coming to the conclusion that your scar isn’t going to fade as much as you would have liked, you can always attempt to disguise the appearance of the scars by applying makeup or skin camouflage products.

Obviously, this would need to be done each day that you wish to hide the scars, and the final results will vary from person-to-person and scar-to-scar.

Important Tattoo Aftercare Steps You Must Ensure You Take

Some of our other awesomely-helpful guides:

While a scarring tattoo is generally rare, it could happen for a few different reasons.

However, by following the advice above, you can now begin to try and eliminate the chances of your own new tattoos scarring in the future.

Unfortunately, tattoo scars are notoriously difficult to completely eliminate, but you can attempt to reduce the visibility of the scars and watch as your tattoo gradually looks better and better as time goes on.